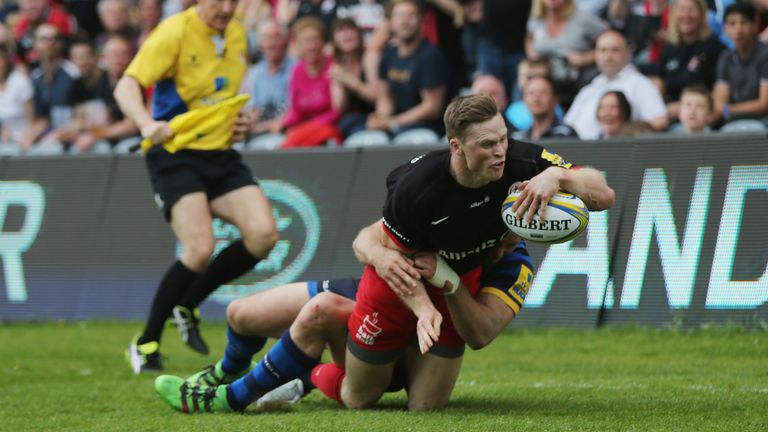 Ashton is leaving the Saracens team who is considered champions in the English rugby playing fields. Both his and Nathan Earle’s fates seem to be interdependent on each other. The young winger has played an impressive spell while he was on loan to the New Zealand team. As a result, the chance that has come by for Nathan to be part of Saracens might prove to be a boon for his career.

As the present season comes to a close, Chris Ashton prepares to leave Saracens and will be joining up Toulon. He has spent five seasons playing for the club though the beginning of the year was tumultuous for him as he faced certain disciplinary issues and a consequent ban for several weeks.

Hopefully he can leave that period behind him and be able to join the Top 14 in the country of France. This would also bring in a change in playing environment for him and give him an opportunity to test new waters. His international playing career will remain on hold as he ends his contract with Saracens.

Indeed, the request that he made for his contract to be ended early was mainly to get back to a different playing environment, even if it means that he would be out of the international playing field for a while. The processing of his transfer was done quickly and Chris can look forward to getting back to being on the field after suffering two long ban periods this year. His fans definitely look forward to seeing him back in the field.